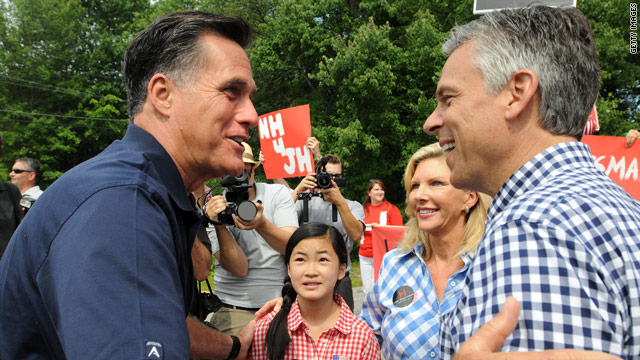 Washington (CNN) – Republican presidential candidate Jon Huntsman is not mincing any words in criticizing what he says is Mitt Romney’s absence in the debt ceiling debate. Huntsman says this is a time “for people to stand up and show real leadership.”

I had asked the former Utah governor and ambassador to China whether he agreed with Democratic political operative David Axelrod’s recent criticism of Romney. The former White House aide to President Obama had suggested Romney was missing in action in the whole debate.