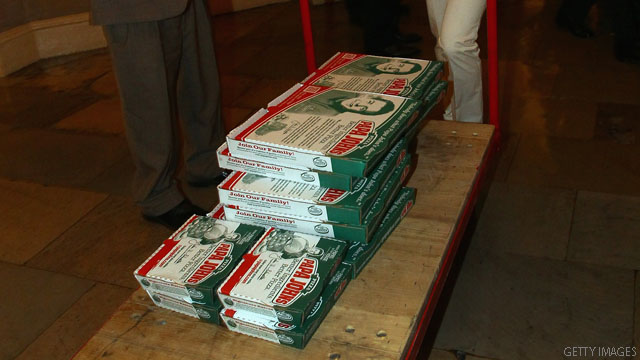 While the top Republican met with members of Congress to round up the votes to pass his plan to raise the debt ceiling, staff members were seen carrying pizzas from Papa John's into his office on Capitol Hill. A vote is expected Friday after Republicans failed to muster sufficient support to ensure the proposal would pass Thursday.