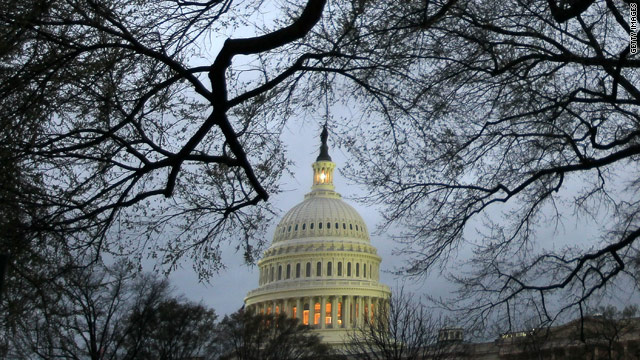 Debt Deadlock: The Road Ahead

Washington (CNN) –- Senate Minority Leader Mitch McConnell says the White House must be present if there are negotiations toward a deal to raise the nation’s debt ceiling, according to Democratic and Republican sources familiar with the situation.

If those talks get going, Democratic officials maintain things could move quickly because a lot of the details were hashed out over nearly two months of deficit talks between Vice President Joe Biden and congressional leaders, as well as during negotiations on a grand bargain between President Obama and the congressional leadership.

A key of focus of any bipartisan compromise will be finding agreement on what policy experts call "triggers." These mechanisms would motivate both Democrats and Republicans to sit down for a second round of budget talks next year.

One of the major disagreements in the debt talks has been over the right triggers. The plans proposed by House Speaker John Boehner, R-Ohio, and by Senate Majority Leader Harry Reid, D-Nevada, both proposed special congressional committees that would come up with deeper cuts down the road. Any compromise deal reached this weekend could attach triggers to motivate such a commission to come up with meaningful changes.

Democratic sources say they are open to many different triggers. But they rule out any that will force the economy into a second recession and say the health care individual mandate is off the table.

These same Democratic sources say House Minority Leader Nancy Pelosi, D-California, and Minority Whip Steny Hoyer, D-Maryland, have offered assurances that they will deliver as many Democratic votes as are needed to pass an eventual compromise.

The expectation among Democrats is a compromise bill that gets through the U.S. Senate will lose a significant number of House Republicans, though Speaker Boehner would still need to marshal some GOP support for it to pass.

The White House has said it would entertain a short term extension of the debt ceiling past August 2. if there is a basic agreement, officials still insist the President will not go for anything past a few days – just to give lawmakers a little bit more time to get it through Congress.

How would an extension work? Democrats familiar with the debt situation said such an extension could start in either the House or the Senate.

It could be a simple date change because Congress could simply allow Treasury to borrow until a date past August 2.

As for the Balanced Budget Amendment which was included in the Boehner bill - which stipulates the BBA must be passed before there can be a second extension of the debt ceiling - Democrats argue it is a terrible idea for three reasons. First it's unrealistic to believe we’d be able to amend the Constitution in time to avoid a default next time around. Secondly they argue that responsible economists say that the right standard for the economy is not always a balanced budget. For example in 2008 and 2009 if you’d had such an amendment they said they believe you would have had a second Great Depression. And finally they say most economists believe the preferred standard for a deficit is 3% of the nation’s gross domestic product.