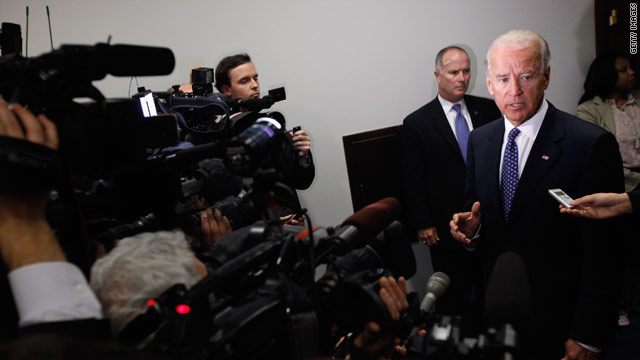 On reports that the VP called tea party lawmakers "terrorists": Multiple Democratic sources say the VP was listening to angry Democrats vent about Republicans who said they "negotiate like terrorists" "how can you negotiate with hostage takers" and that they "feel pick pocketed."