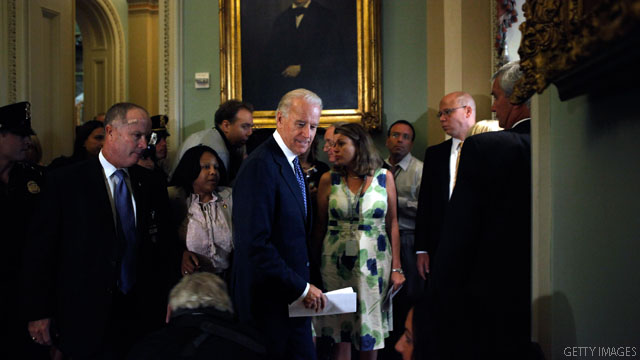 As he walked into the room of Senate Democrats, the former Delaware senator was asked what he planned to tell members. He replied, "I'm going to tell them it's a great day."

The White House and Congressional leaders reached an agreement to raise the debt ceiling Sunday night. The House and Senate will now vote on the agreement.