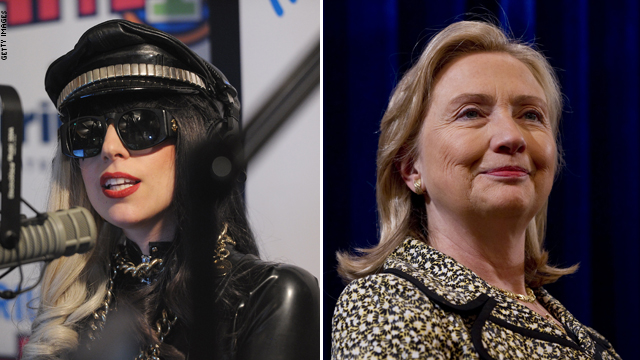 Gaga on Clinton: Leave her alone

(CNN) - When it comes to fashion, Lady Gaga has Hillary Clinton's back.

Gaga defended the secretary of state Monday in response to recent criticism by "Project Runway" star Tim Gunn, who stirred controversy when he made fun of Clinton's pantsuit-heavy wardrobe last week.

"Why must she dress that way? I think she's confused about her gender," Gunn said on "Lopez Tonight."

But in an appearance on "The View" Monday, Gaga said Gunn was being a "bully."

"You know, I think Hillary Clinton has more things to worry about than her hemline."