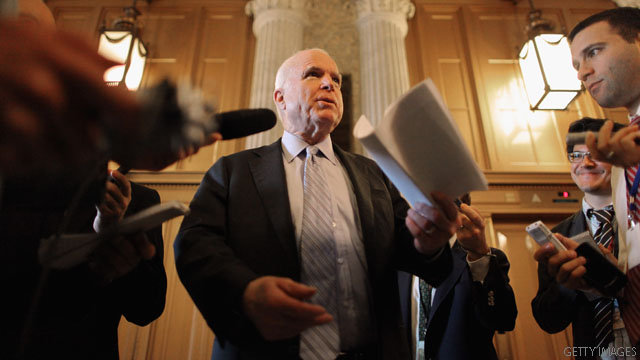 The senior senator from Arizona said he supports the level of spending cuts, but is concerned about the defense cuts that may be on the table.

He also challenged Republicans who argue the agreement does not cut enough spending to craft a proposal that would receive support from the majority of members in both houses of Congress and be signed by the president.

"What they should worry about more than anything else is the view in which the American people hold us and their low opinion of us because we're failing to do what they think is our job," McCain said. "And by the way, you're right."