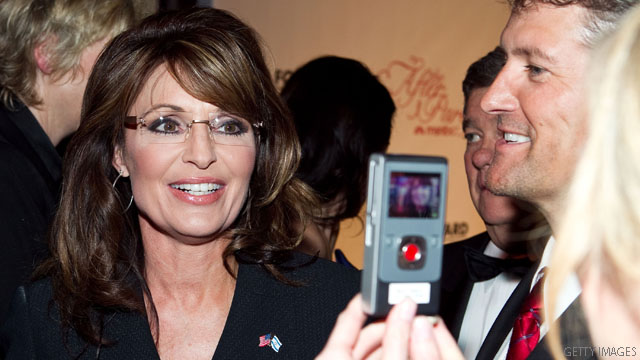 The movie, which opened nation-wide July 15, chronicles the former Alaska governor's career through home movies, photographs, interviews with former aides and supporters and the audio from her memoir "Going Rogue."

The film, directed and produced by Steve Bannon, will be available to 75 million households in September via On Demand and pay-per-view on Time Warner, DirecTV and the Dish Network.

Palin, who continues to flirt with a bid for the White House in 2012, will address a tea party rally in Des Moines, Iowa, two days after the video hits television screens.