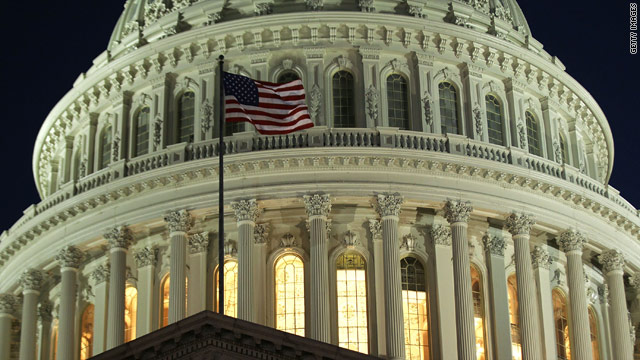 Capitol Hill (CNN) - Confused or annoyed by the debt deal? We have a podcast and cheat sheet to simplify your life and ease your pain.

Listen to this week's American Sauce here. We lay out the debt deal, look at Congress' addiction to crises and go over the deadline lawmakers missed: to keep the Federal Aviation Administration funded and running.

Comment below. Look here for our Debt Deal Cheat Sheet.

The bill raises the debt ceiling by a minimum of $2.1 Trillion and a maximum of $2.4 Trillion.

Thus, by the end of this year, the limit on the U.S. national debt would be somewhere between $16.4 Trillion – $16.7 Trillion total.

Both parties estimate that will give the government the borrowing power it needs through 2012.

Under this deal, the debt is increased in two phases. (See below)

This bill would cut $917 billion in spending over ten years. (See "initial spending cuts" below.)

And it would raise the debt ceiling by $900 billion.

Lawmakers involved believe that gives the U.S. the borrowing power it needs through early 2012.

The debt limit could increase $1.2 – $1.5 trillion in this phase, attached to deficit cuts of the same magnitude.

The debt deal sets up a sort of triple trigger or three different ways that Congress could trigger the next debt increase.

1. Trigger One: BBA – The debt ceiling would increase another $1.5 trillion if Congress passes a balanced budget amendment to the Constitution. That requires 2/3 vote of each chamber.

2. Trigger Two: Supercommittee – The debt ceiling would increase up to $1.5 trillion if Congress passes broad deficit reform measures as recommended by a new joint committee. The ceiling would increase only by the amount of deficit cuts passed by the committee and Congress. Thus if the committee passes $1.3 trillion in deficit cuts, the president could ask for only a $1.3 trillion increase in the debt ceiling. (See "Joint Committee" below)

3. Trigger Three: Automatic Cuts – If neither of the above options happens, the lack of action triggers automatic across-the-board cuts in goverment. Those cuts would be up to $1.2 trillion and would trigger an increase in the debt ceiling of the same amount. Cuts would be up to 2% for Medicare, but the bill dictates they should not affect beneficiaries.

The $917 billion in cuts in phase one come as spending caps over the next ten years.

The bill does not delineate which agencies would take what amounts of cuts. Instead it would limit appropriators in future years to certain spending caps. Where the cuts hit would be up to future committees and Congresses.

These are cuts in future spending.

Who: 12 members of Congress. 6 Republicans. 6 Democrats. Party leaders in each chamber chose.

When: Committee has until Thanksgiving to come up with a plan to cut up to $1.5 trillion from future deficits. Congress must vote by Dec. 23.

The Vote: The reform package would require a simple majority, not the usual 60 vote, to move through the Senate.

What: The committee can recommend any reforms in the federal budget. It's goal is to find $1.5 trillion in deficit cuts.