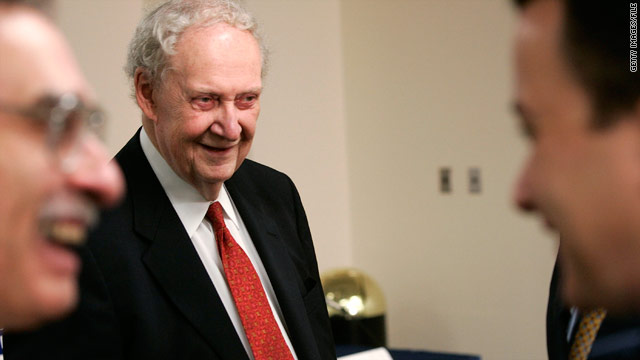 The former Massachusetts governor announced his 63-member committee Tuesday, which includes a number of officials and appointees from the administrations of former Presidents Ronald Reagan and George W. Bush.

Bork is known as a staunch advocate for "originalism," a principle that defends the original intent of the Constitution. Reagan nominated Bork as a Supreme Court Justice in 1987, only to have the nomination fall apart in a contentious confirmation battle after left-leaning groups opposed Bork's conservative judicial philosophies.

"Our democracy depends on a government that respects the Constitution and the rule of law," Romney said in a statement. "Our nation needs a Congress and an Executive branch that are cognizant of the bounds of their powers and a judiciary that will strictly construe the Constitution and refuse to legislate from the bench."

The committee also includes former Secretary of Homeland Security and co-author of the Patriot Act Michael Chertoff, Chancellor of the Court of Chancery of the State of Delaware William Allen, and Former Texas Supreme Court Chief Justice Thomas Phillips.