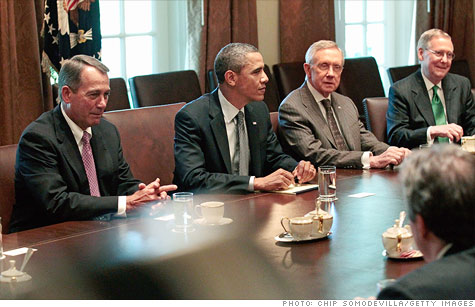 NEW YORK (CNNMoney) - The debt ceiling deal President Barack Obama enacted Tuesday cuts deficits and lets the country avert default. But it is getting very muted applause from serious fiscal experts - the ones who actually understand the federal budget.

"No one should pretend that they have solved anything other than an artificial political crisis," said Bob Bixby, executive director of the Concord Coalition, a nonpartisan deficit watchdog group.