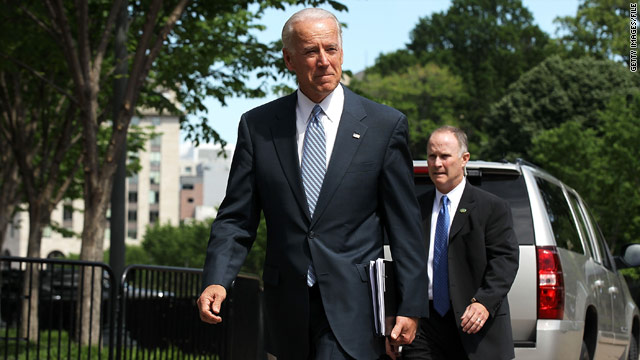 Wounded Marine invited to have breakfast with Joe Biden

(CNN) - As Vice President Joe Biden was leaving the House floor following the debt ceiling vote, he bumped into Marine Cpl. Todd Love and wound up inviting him over for breakfast Tuesday.

Todd was wounded by an improvised explosive device in Sangin, Afghanistan, in October 2010 and lost both his legs and an arm. He is a patient at Walter Reed Army Medical Center, where he is being treated for his injuries.

Biden joked with Love, who had a bright smile, then told a small group in the hallway, "I'm gonna keep my daughter away from this young man."