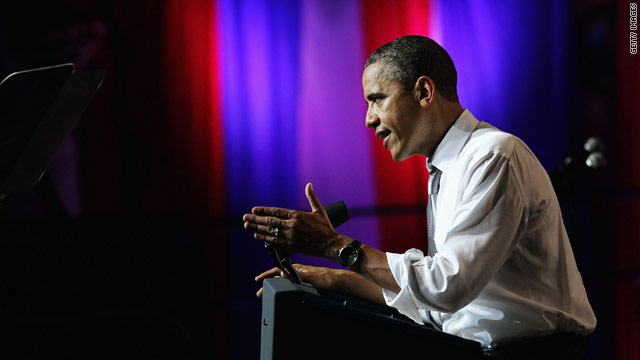 CHICAGO (CNN) - President Barack Obama was back in full-throttle campaign mode Wednesday night, attending two high-profile fund-raisers in Chicago during which he took aim at congressional Republicans after weeks of drawn-out debt negotiations.

"I hope we can avoid another self-inflicted wound like we saw over the last couple weeks," he told an enthusiastic crowd of 2,400 in Chicago's historic Aragon ballroom, where the ventilation system struggled to keep the room temperature below 90 degrees.