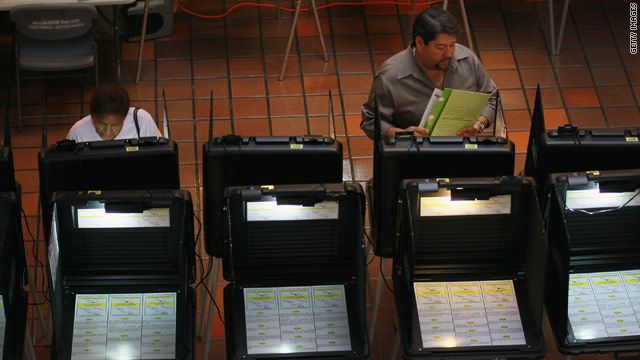 Multiple states, including Florida, Colorado, Arizona and Michigan, are debating whether to hold early caucuses or primaries in hopes of wielding greater influence over the Republican presidential nomination process.

According to RNC rules ratified in 2010, if any of those states jump the line and hold an electoral contest before March 6, their delegations to the Republican National Convention would be sliced in half.

But with those states showing little sign of backing down - and with the four early voting states of Iowa, New Hampshire, Nevada and South Carolina vowing to protect their cherished status by moving their caucuses and primaries into January of 2012 - members of the RNC Rules Committee are planning to offer a resolution Thursday to strengthen the penalties.

Rules Committee members now want to take advantage of a clause in RNC bylaws that would strip offending state delegations of their VIP guest passes and guest privileges at the 2012 convention in downtown Tampa, along with banishing the delegations to inferior seating locations in the convention hall and the worst hotels in the Tampa Bay area.

The rules change is being considered as the RNC gathers in Tampa for their three-day summer meeting, roughly one year before the Republican Party descends on Tampa to crown their presidential nominee at the convention.

Tennessee National Committeman John Ryder, one of the RNC members behind the new push, said he expects the Rules Committee to "call for the maximum enforcement" of the penalties for any state in violation of the calendar when it meets on Thursday.

"The really important thing for the state parties is the VIP passes and the guest passes, because they become things that you use to reward your donors and things like that," Ryder told CNN. "And if you get cut off from that, that actually hurts the state party."

As for the seating arrangements inside the St. Pete Times Forum next August, Ryder said penalized delegations will be struggling for a good view.

"We will find as many posts to put them behind as we can," he said. "The mood of the Rules Committee as near as I can determine to be very serious about enforcing these calendar rules. A great deal of thought time and effort was put into these rules."