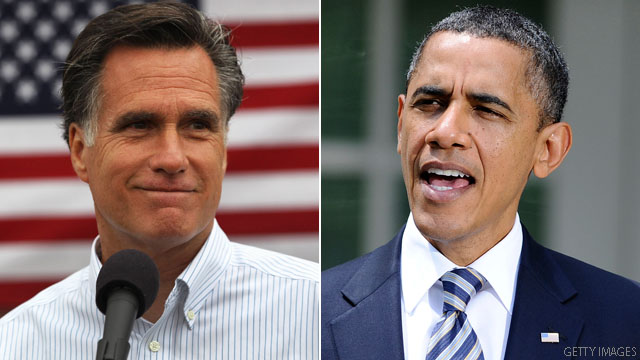 Florida poll: Obama down, Romney up

Washington (CNN) - President Barack Obama's job approval rating in Florida fell after an agreement was reached between Congress and the White House to raise the debt ceiling, according to a new survey.

Post-deal, 50 percent of Florida voters said the president does not deserve to be reelected, compared to the 47 percent pre-deal and 50 percent who supported his reelection in May.

Obama signed legislation passed by both houses of Congress to raise the nation's $14.3 trillion debt ceiling Tuesday after a bitter partisan fight. The last-minute compromise plan ensured the U.S. narrowly averted what could have been an unprecedented default.

Obama won Florida, the site of an early presidential primary, in the 2008 election with 51 percent of the vote to GOP candidate Sen. John McCain of Arizona's 48 percent. Former President George W. Bush won the state in 2004 and was declared the winner in 2000 by the Supreme Court after a contentious election.

Among Florida Republican voters, GOP presidential frontrunner Mitt Romney saw a slight bump in his poll numbers after the deal was reached. The former Massachusetts governor is now tied with the president 44 percent to 44 percent, according to the poll. The president led Romney 46 percent to 41 percent before the debt deal.

Obama held a double-digit lead over other top Republicans before and after he signed the bill, except when pitted against Texas Gov. Rick Perry, who has yet to announce a bid for the White House. Perry trailed the president 39 percent to 44 percent after the agreement.

Perry won a July survey of registered Republican voters in Florida with 16 percent support, according to the American Research Group poll. Bachmann, Romney and Palin tied at 15 percent and Cain received 11 percent.