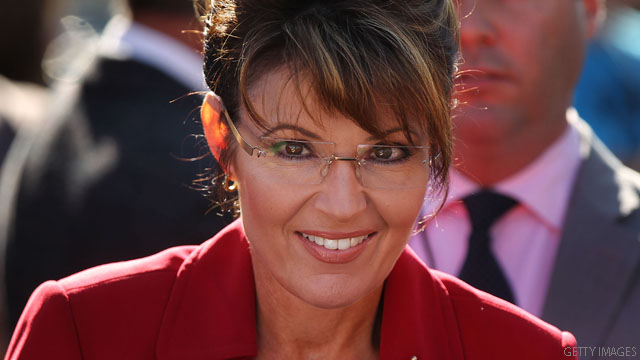 "The only problem with talking about Sarah Palin is that she works here, and it's like a co-worker," said Greg Gutfeld, co-host of "The Five," the network's show on Wednesday. "And if I say something bad and I see her in the hallway, I feel really awkward and wrong, so I just kind of say, 'good job'."

Co-host Bob Beckel agreed, saying he'd also held back his criticism of Palin, a Fox News contributor who makes more than $1 million per year from the network. Palin is flirting with a run for president in 2012.

"It has nothing to do with that, it has everything to do with your paycheck. That's what you feel awkward about," Beckel said. "I know exactly what you mean. I'll be honest: I've pulled my punches on her."

After the comments spread on the internet, the hosts during Thursday's show replayed the remarks and clarified that they were joking. Republican panelist Dana Perino referred to the segment as a "mea culpa."

"So you make one joke and left-wing sites… go crazy because they're so desperate for any kind of Palin anecdote–that's like their heroin," said Gutfeld.

Co-host Beckel, a Democrat, touted his record of criticizing Palin on Fox in the past and said Wednesday's comments were a way to break up some of the tediousness on the show. "We were joking," he said.

"Everybody happy now? Good," Beckel said as their comments came to a close.

Beckel is a long-time Democratic operative and commentator while Gutfeld is a conservative television host. The two are among a cast of rotating hosts on the Fox show that bills itself as a discussion and debate of the day's top stories.

In Palin's response, she said President Barack Obama should look into his own past with Bill Ayers if he wants to see "domestic terrorists."