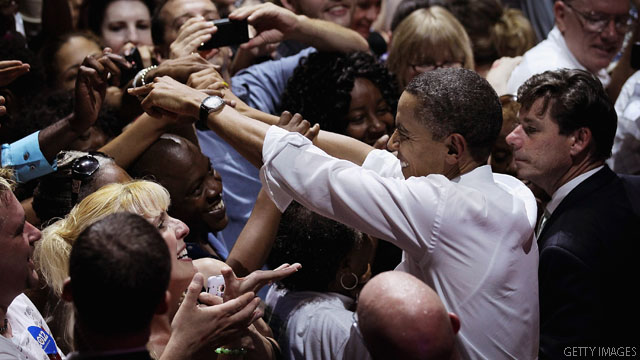 Washington (CNN) - President Obama will celebrate his 50th birthday with friends in the White House Rose Garden Thursday, according to a White House official.

The official said the first family will pay for the fete, which will not be financed with public funds.

The White House party follows events in Chicago Wednesday night, on the eve of his birthday.

Obama attended two high-profile fundraisers in the Windy City and delivered a video message to more than 1,100 house parties across the country while top surrogates held smaller events throughout the country.