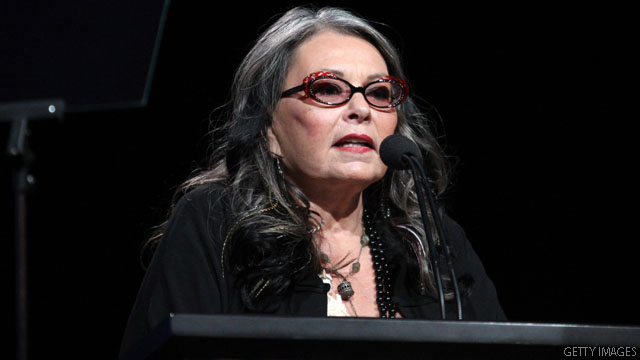 "That's kind of what got me to thinking that I too should run for president if she can," Barr told host Jay Leno. "I wanted to edge her out because I feel like she's stealing my act anyway."

Barr said Palin, who is flirting with a White House bid, was also her motivation for appearing in a reality show. Her Lifetime show "Roseanne's Nuts," premiered a few weeks ago and follows the former sitcom star running a Hawaiian nut farm.

Barr, a former supporter of President Barack Obama, claimed she is "totally serious" about a bid and said she will run as a candidate from the Green Tea Party. No taxes, the forgiveness of student loans and all debts and the use of vegetables instead of money will be the cornerstones of her campaign, she said.

"I definitely want to be in the debates and if I'm not accepted in the debates then I'm just going to photoshop myself in anyway," Barr said. "All you have to do I figure to be president is show up and give a speech. And I'm really good at speeches."

As for the vetting process, Barr said there's no need because "everybody knows everything about me."