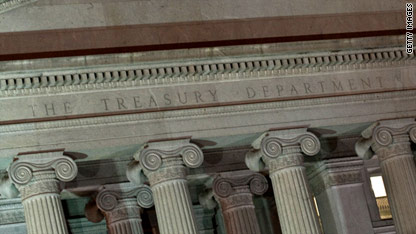 U.S. Treasury officials received S&P's analysis Friday afternoon and alerted the agency to the error, said the administration official, who was not authorized to speak for attribution.