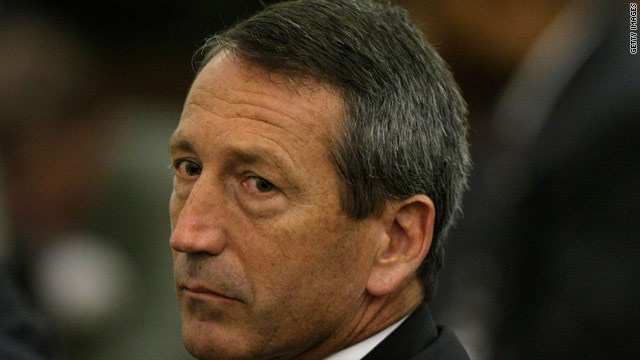 "Right now, I've been disappointed on the degree to which people are stepping out or not on real remedies," Sanford said during a Fox News interview. "Whether it is saying OK, we can grow at a certain percentage rate of growth that hasn't happened in 30, 40 years as a way of solving economic problems. Certain folks have not weighed into the debate until after it passed. I think that is not what we need."

Pawlenty rolled out an economic plan in June that included the optimistic goal of a 5% annual growth rate for the nation, a target that economists and political observers dismissed as unrealistic.

And Romney was recently criticized by Democrats and some Republicans for not taking a firm position on the federal debt ceiling debate until a deal was reached. Romney then came out against it.

Sanford, who spoke out on spending and debt issues long before the tea party movement arrived, named New Jersey Gov. Chris Christie and House Budget Chairman Paul Ryan as two Republicans he would support because of their willingness to make unpopular fiscal decisions.

Though his second term ended in January under a cloud of scandal following his dramatic admission of an affair with an Argentinian woman, Sanford left the governor's mansion with solid approval ratings and a following among grassroots Republicans who admired his unapologetic fiscal conservatism.