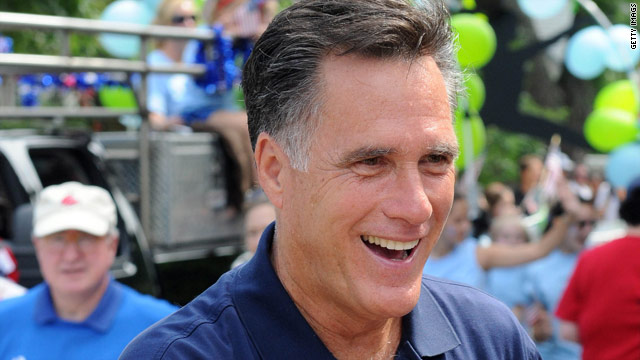 A night at the improv with Mitt Romney

Mitt Romney hit the campaign trail Monday after two weeks spent with family out of the public eye. But he may as well have been working on a stand-up routine.

The former Massachusetts governor, who has been dinged for making awkward jokes and failing to connect with voters, repeatedly cracked wise during a question-and-answer session with a receptive and friendly audience at a VFW post in Nashua Monday evening.

A question about Romney's thoughts on global warming?

"Well it's not too hot in here," he joked, then continued with a serious answer.

What would he do about NASA's space program?

"I can't tell you which planet we're gonna go to," he said to sustained laughter. "Some people say go to the moon. Well, we were already there. Maybe the other side."

Romney has made several cringe-worthy "Dad jokes" with voters, perhaps most memorably in June when he told a panel of unemployed Americans in Tampa, Florida that he, too was unemployed.

He was also widely panned for some physical humor in New Hampshire that same month. When posing with a group of waitresses, Romney leapt forward as though one of them had goosed his behind.

But at the VFW event Ed Anzalone, of Nashua, said the governor seemed much more comfortable than during his first run in 2008.

"When he ran last time I thought he was quite stodgy, a big stiff," Anzalone said. "But he's loosened up a lot this time."

The audience even got in on the jokes when Romney told them about the book he'd written.

"It was great," someone called out.