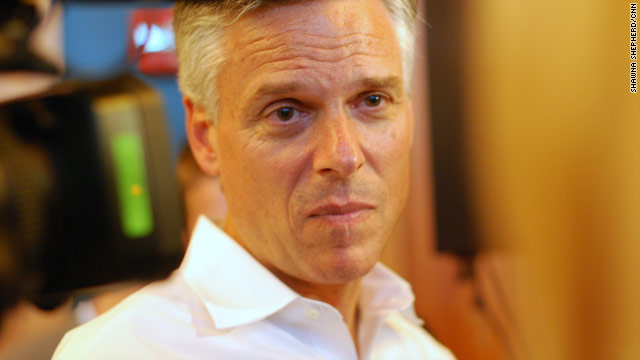 Huntsman says he's 'been there and done that'

"Is it perfect? Of course not," Huntsman told reporters. "Everybody's upset so that probably represents one step in the right direction, but we have many more yet to come if we're going to deal seriously with a country that is in serious, serious economic jeopardy."

Huntsman referred to himself as a candidate who has "been there and done that," and has been tested as a governor, making him the right Republican to replace President Barack Obama in the White House in 2012 and help rebound the economy.

To illustrate his support for business and contrast himself from the president, under whom he served as U.S. Ambassador to China until April, Huntsman visited Boeing's new 787 Dreamliner plant that is engaged in a union dispute with the National Labor Relations Board that could jeopardize thousands of South Carolina jobs.

"If the president believed that creating and expanding this economy based on jobs was important, he would tell the people of the labor board that this is an issue that is absolutely unprecedented," he said.

This is the presidential candidate's third visit to the early southern primary state since declaring his run for the White House.

On Sunday he participated in a town hall hosted by a leading tea party figure, freshman GOP Rep. Tim Scott, in his coastal district.

Huntsman also attended a small fundraiser luncheon Sunday and, according to his campaign, attended an evening event with activists and potential supporters.