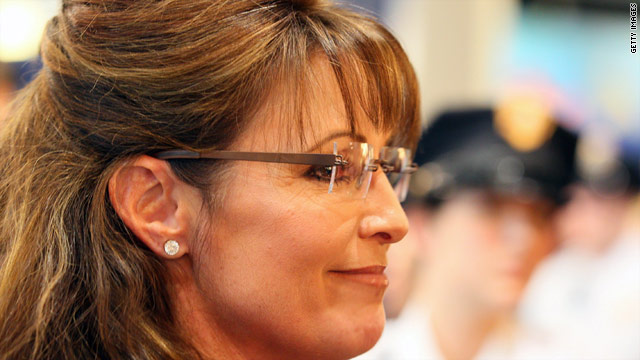 Palin on downgrade: I told you so

“Be wary of the efforts President Obama makes to ‘fix’ the debt problem,” she said. “The more he tries to ‘fix’ things, the worse they get.”

A “surprised” Palin sounded off on reaction to the nation’s credit rating downgrade and chided “so-called smart people” who doubted her forecast of economic repercussions.

“I’m surprised that so many people seem surprised by S&P’s decision,” Palin wrote.

“Weren’t people paying attention over the last year or so when we were getting warning after warning from various credit rating agencies…I’ve been writing and speaking about it myself for quite some time.”

Referencing “European nations with less debt and smaller deficits than ours” that have had their ratings downgraded, the 2008 GOP vice presidential nominee accused the president of “magical thinking” and took a swipe at his alma mater, saying, “One doesn’t need a Harvard Law degree to figure this out!”

And Palin fired back at those who point the finger at the tea party movement for the country’s credit downgrade.

“How shamelessly cynical and dishonest must one be to blame this inevitable downgrade on the very people who have been shouting all along ‘stop spending?’” she vented.

“Tea Party Americans weren’t the ones ‘fiddling’ while our country’s fiscal house was going up in smoke.”

But Palin, who is still mulling a bid for the 2012 GOP presidential nomination, wasn’t all censure without solutions. She proposed ways to “get serious about our deficit” by ending deficit spending, balancing the budget, repealing “Obamacare,” canceling stimulus funds, and reforming entitlement programs.

“I embrace a pro-growth agenda,” she stated. “We need to tell the world ‘America is open for business again.’”

She accused the Obama administration of “hanging one regulatory albatross after another around the private sector’s neck,” but resolved that with “government out of the way,” the private sector will “breathe, grow, and thrive.”

Looking ahead to the contest that may or may not include her candidacy, Palin encouraged potential supporters to choose seasoned conservatives.