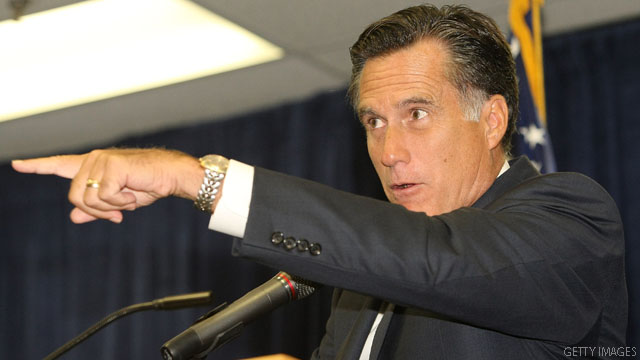 (CNN) - Mitt Romney will continue his attacks on President Barack Obama at events Monday, hitting him over the recent U.S. downgrade from Standard & Poor's.

Campaigning in New Hampshire, the Republican presidential frontrunner will tout his own history with S&P as governor of Massachusetts, when the state received credit rating upgrades, according to the campaign.

"When I was governor, S&P awarded Massachusetts with a credit rating upgrade for our sound fiscal management and the underlying strength of our economy. This didn't happen by accident," Romney will say. "The president's failure to put our nation's fiscal and economic house in order has caused a massive loss of confidence that resulted in an embarrassing downgrade."

In a report Friday, S&P ruled that the plan agreed upon by Congress and the Obama administration to raise the debt ceiling fell short of the necessary measures to stabilize the government. They also cited dysfunctional policymaking as a factor in the downgrade, the first for the U.S.

The new Romney rhetoric coincides with a busier than usual campaign schedule. He will hold three events Monday in the first-in-the-nation primary state before heading to Iowa ahead of Thursday's presidential debate.