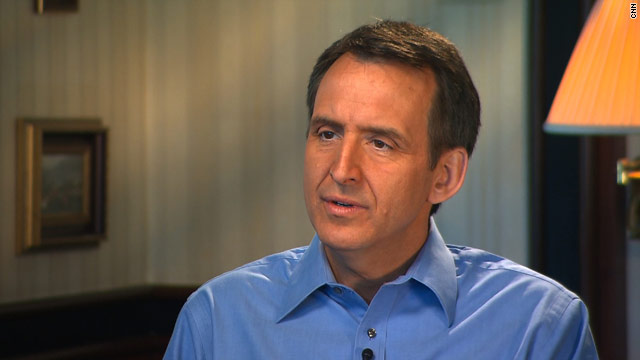 Urged to give opponents ‘hell,’ Pawlenty says: ‘We will”

At a small gathering of voters at a coffee shop in Johnston, Iowa on Monday, the former Minnesota governor was told by a supporter in the crowd, “You’ve got to be up there and give them hell.”

“We will,” Pawlenty replied.

He then urged the crowd to support his candidacy in Saturday’s Ames straw poll that will test his organization and popularity in Iowa along with that of the other candidates.

The governor’s response suggests his manner could be far more confrontational than the last time he faced off with Bachmann, Romney and the other candidates.

Days after the debate, Pawlenty acknowledged he missed an opportunity to go after a prime political opponent.

Since then, Pawlenty has stepped up his criticism of Romney and Congresswoman Bachmann.

If Pawlenty decides to display that amped up effort on Thursday in Ames, it would be the first time he’s gone on the attack against Romney and Bachmann while in their presence.

After Monday’s event in Johnston, CNN asked Pawlenty exactly who he’d “give hell” at the debate.

Pawlenty responded that President Obama would receive a fair amount of criticism, acknowledging he’s listening to supporters who want him to “strike the right balance between Minnesota nice and holding the president accountable…for his broken promises and the failures of the economy and his presidency.”

Then Pawlenty added: “But there will be some policy differences between the Republicans. And I think as long as its not personal, it’s okay to have a debate about those things.”