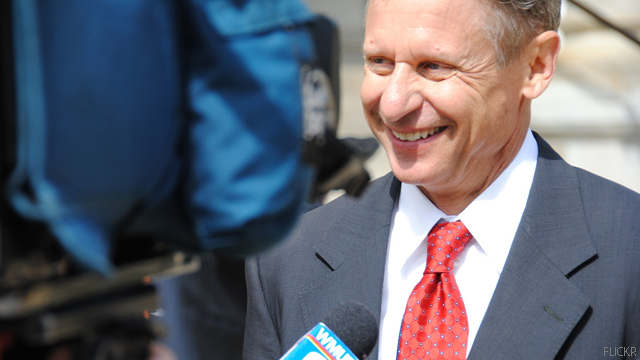 (CNN) - While most Republican presidential candidates will disperse throughout early presidential nominating states this week, Gary Johnson will be 10,200 feet above sea level in Colorado.

The former New Mexico governor and avid outdoorsman will participate in the Leadville 100 mountain bike race Saturday, a 100-mile course that begins and ends in the Central Colorado city, according to his campaign.

Johnson has reached four of the highest peaks on all seven continents, including Mt. Everest. He has failed to garner more than a few percentage points in early polling of presidential candidates despite officially jumping into the race in April.