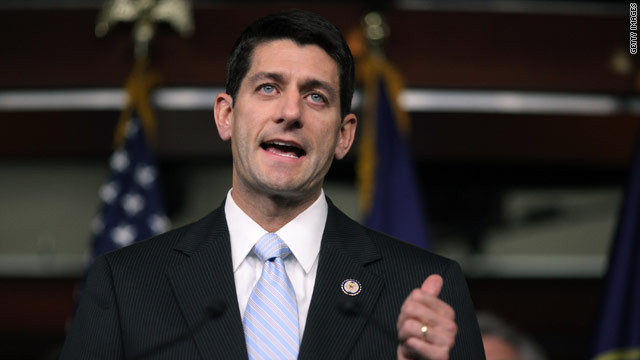 Paul Ryan wants to fight back

Washington (CNN) - House Budget Chairman Paul Ryan is going on the offensive. He sent an email to supporters Tuesday asking for donations to help him mount an ad campaign in Iowa to counter expected Democratic attacks this week on his budget plan in the state.

The Democratic National Committee on Monday launched a campaign timed to the Ames straw poll and other related Republican presidential campaign events ongoing in the state saying in a web video "Just like Washington Republicans and the Tea Party, Republican presidential candidates want to end Medicare as we know it." In the video one of the GOP leaders featured is Ryan and includes mentions of his budget blueprint.

In the email solicitation for donations to his political action committee, the Wisconsin Republican said: "We have to fight back. With your support, I'm planning on launching a counter-attack to educate Iowa voters about the Path to Prosperity and how it's the only plan currently on the table that saves Medicare."

Ryan's budget, which passed the House of Representatives earlier this year but was defeated in the Senate, would completely overhaul Medicare and end it as a fee for service program. It would set up a system where seniors would purchase a private plan, and the government would then reimburse the insurer.

The Ryan budget also called for repealing the health care reform law passed by the Democrats and signed by President Barack Obama, it would also overhaul Medicaid and reform the tax system.

Political experts have said the issues that have been debated as part of the debt ceiling increase – how to cut the nation's deficit, what programs should get priority, how to reform entitlement programs and the tax system – are ones that will likely be key in the 2012 election.

"The 2012 Presidential election is a critical opportunity to establish our priorities of cutting spending, eliminating deficits, paying down the debt and restoring economic growth. With Iowa's important role as an early state in the political process, I hope you'll recognize the need to take our fight there right now," Ryan said in his message to supporters.

While the decision to mount this counter-attack in the key state of Iowa may stoke speculation about his presidential ambitions, Ryan repeatedly has said he is not interested in running for the Republican nomination this year despite some leaders in the party still urging him to get in.

"My answer is still no," he told Fox News Sunday this weekend.

In a May CNN/Opinion Research Poll 48 percent of those surveyed said they would like to see Ryan seek the GOP presidential nomination while 43 percent said they would not.