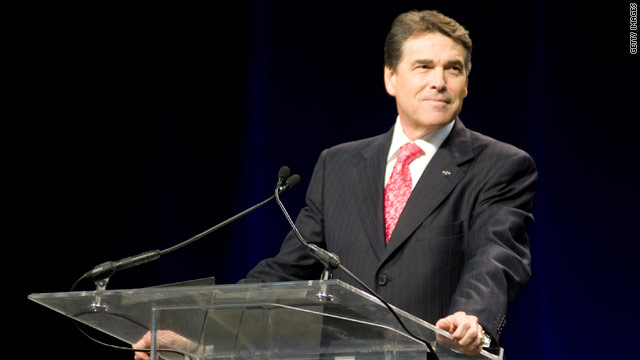 (CNN) - Rick Perry will make his first appearance in Iowa as a likely presidential candidate on Sunday, a spokesman for the Texas governor confirmed.

Perry will headline a Lincoln Day Dinner fundraiser for the Black Hawk County Republicans in Waterloo.

The appearance will come on the heels of weekend visits to South Carolina and New Hampshire, two others states that play a major role in selecting the GOP presidential nominee. Perry's staff has indicated he will make his intentions for a presidential run clear at the events on Saturday.

And Perry will be in Iowa one day after the Ames stroll poll, a closely scrutinized test of organizational support in the caucus state that could make or break several GOP candidates.

Perry is not on the straw poll ballot but supporters are waging a write-in effort on his behalf.