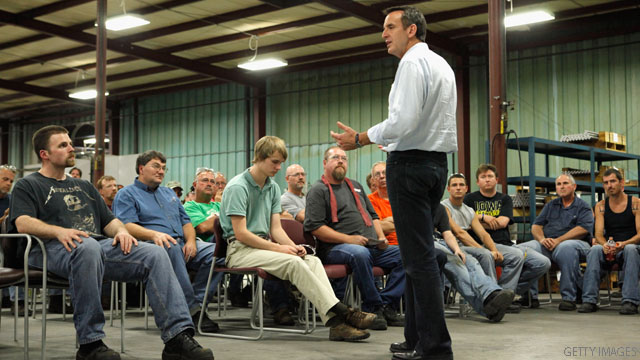 The August 22 town hall in the coastal district of conservative first-term Rep. Tim Scott will be officially announced this week.

The former two-term governor from Minnesota is the third Republican presidential candidate to accept Scott's invitation to participate in a series of town halls that kicked off Sunday in Charleston with Jon Huntsman. The Pawlenty campaign has not confirmed his participation.

Minnesota Rep. Michele Bachmann will participate a few days after Pawlenty on August 25.

About 200 people attended the first town hall with the former Utah governor and U.S. ambassador to China, who answered a number of submitted questions about the economy, the debt limit, and health care.

Candidates vying for the GOP nomination have not spent much time in South Carolina, focusing primarily on the presidential kickoff states of Iowa and New Hampshire. Pawlenty, campaigning this week in ahead of Saturday's Ames Straw Poll, last visited the Palmetto State in March.

Pawlenty picked up a major endorsement from the state in June, announcing that Rep. Joe Wilson will serve as co-chairman of his campaign in South Carolina.

Scott hopes every Republican White House contender will participate in his town hall series ahead of the state's early primary. Since 1980 the winner of South Carolina's GOP primary has gone on to capture the party's presidential nomination.

"[The South Carolina primary] is an accurate barometer of what primary voters across the country will think," Scott tells CNN. "And every candidate wants to be in the place where you can get a composite drawing of how to win."