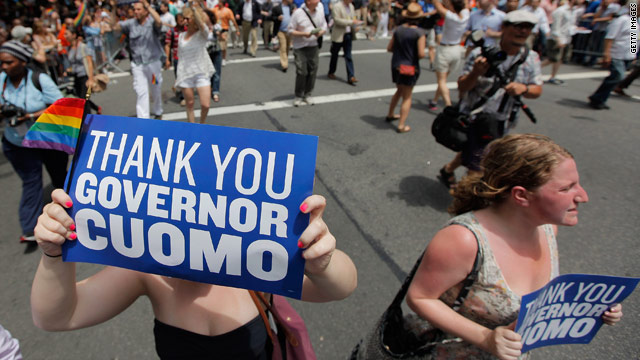 Washington (CNN) - Just weeks into a new law that recognizes same-sex marriage in New York, a new poll finds a majority of voters in the state not only support the legislation but would resist efforts to overturn it, as well.

According to a NY1/YNN-Marist poll released Wednesday, about 55 percent of voters favor same-sex marriage in the Empire State, while 37 percent are against it.

And while opponents filed a lawsuit in late July to overturn the new law, about six in 10 voters statewide said they want to keep same-sex marriage legal.

When looking at political party affiliation, 72 percent of Democratic voters believe the law should stay in place, while Republicans are divided between 48 percent of those who want it overturned and 47 percent who think it should remain in effect.

The poll reveals age differences, as well. About 62 percent of those under the age of 45 support the law, compared to about half of New Yorkers older than 45 who said they support it.

After an intense political battle in Albany, the state's Republican-controlled senate passed the bill on June 24, making New York the sixth state to legalize same-sex marriage.

The poll was conducted over the phone July 28-31 and surveyed 600 adults living in the state of New York, with a sampling error of plus or minus four percentage points.