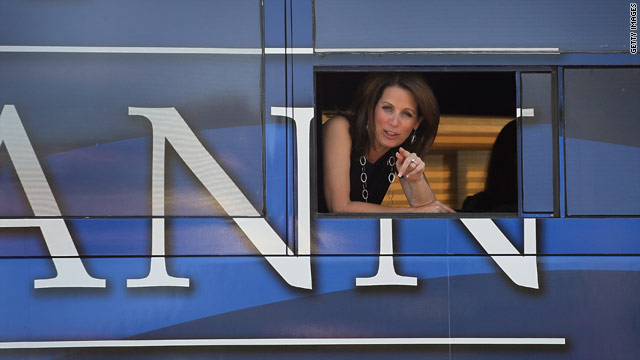 Bachmann & Paul camps getting supporters to the straw poll

Here’s one: A source close to the Bachmann campaign tells CNN the campaign has handed out 4,000 tickets to supporters. (Remember, at this straw poll campaigns are allowed to bus their supporters in to the event and pay the $30 ticket fee to allow them to vote. Of course, everyone who casts a ballot in the straw poll needs to prove that they are an Iowa resident or go to school in the state.)

Former Massachusetts Gov. Mitt Romney won the last straw poll four years ago with just over 4,500 votes. While Romney is on the ballot this time around, he’s far from Ames, campaigning in New Hampshire on Saturday.

Rep. Ron Paul of Texas is also expected to place well at the straw poll. A source close to the longtime congressman from Texas tells CNN the campaign has moved a couple of thousand tickets to supporters. Paul came in fifth in 2007.