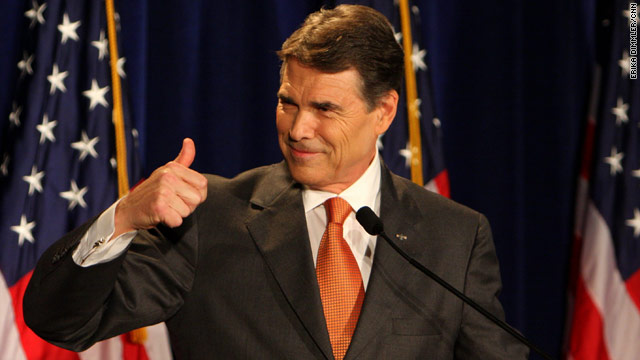 Perry stated, "It's time to get America working again."

His late entrance came as other candidates were on the ballot Saturday at the Ames Straw Poll in Iowa.
He told the crowd, "America is not broken, Washington is broken".