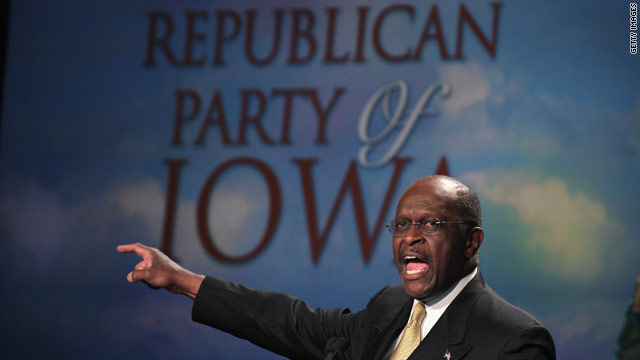 (CNN) – Despite being the “greatest nation in the world,” businessman Herman Cain declared that America has become a “nation of crisis” during a speech at the Iowa straw poll Saturday.

“I don’t have to tell you about the problems this nation faces,” he said, “So I’m going to spend the next few minutes talking about how we solve this mess.”

Cain blamed “uncertainty” for “killing the economy” and vowed to move the “entitlement society” to an “empowerment society.”

When it comes to energy, he said he believes America should “be its own best customer” and regarding illegal immigration, policies should be left to the states to decide.

But the biggest crisis for the candidate, who finished fifth in the contest, was a “severe deficiency of leadership.”

“We are the greatest nation in the world,” Cain declared, “and we don’t have to apologize for it.”