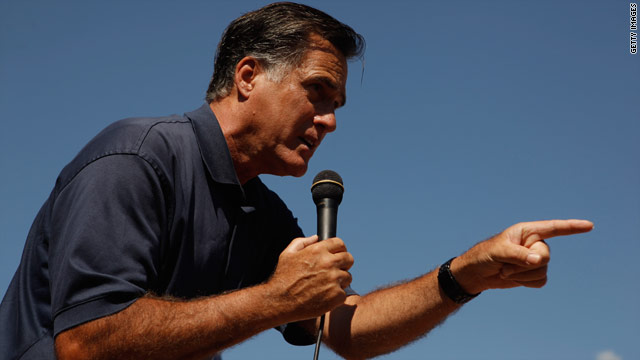 DNC ad pits Romney against himself

Pouncing on the 2012 presidential candidate’s comment that “corporations are people,” the DNC ad groups Romney with the tea party movement when it comes to methods of battling the deficit.

“Mitt Romney stands with the tea party,” an announcer states. “Up to 35 percent cut from social security, but not one more dime from corporations.”

The 30-second spot opens to Romney’s comments at the Iowa State Fair soap box, where hecklers, one of whom was a Democrat, chastised the candidate for defending corporations.

Mentioning that one method of generating revenue by raising taxes on people was “not the way,” Romney is interrupted with a public shout of “Corporations!”

“Corporations are people, my friend,” he retorts. “Of course they are. Everything corporations earn ultimately goes to people."

The ad closes with the statement “Mitt Romney. Putting Corporations First” - and paints the 2012 hopeful as a defender of big companies at the expense of “people.”

The ad will run in the Des Moines market during Saturday’s influential straw poll in Ames and into the beginning of next week.

DNC spokesman Brad Woodhouse confirmed that Romney “could see this [ad] in other states.”