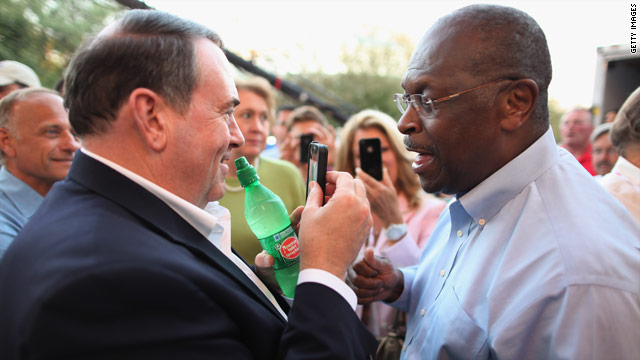 Ames, Iowa (CNN) – One of the big winners from the last Ames straw poll issued some advice to whoever comes out on top Saturday: don’t rest on your laurels.

Mike Huckabee gave that advice as he toured the grounds at the critical contest in the Republican presidential race.

“Don’t assume what happens in the straw poll is tantamount to winning the caucus,” Huckabee said. “You’ve got to go from here and build on it. It’s a platform. It’s not a termination point.”

Why should so much attention be paid to Iowa’s contests when the winners don’t necessarily go on to win their party’s nomination or the White House?

“Well the point is it shows the capacity of a candidate to organize and sell his message," Huckabee said. "Without this, I think that candidates really don’t understand the value of retail politics.”

Huckabee continued: “I want the guy sitting in the Oval Office to understand what real Americans are having to put up with every day. And not just the ones who go into a rah-rah at a rally.”