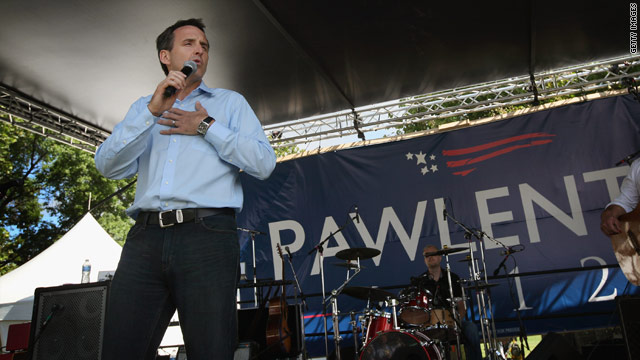 Pawlenty in Ames: I can win

Ames, Iowa (CNN) - Hoping to avoid an underwhelming straw poll finish that could derail his campaign, former Minnesota Gov. Tim Pawlenty delivered a message of electability to an arena full of Republicans in Ames on Saturday.

“I won and got re-elected in one of the most difficult states in the country for a Republican,” he said, promising to carry purple and blue states in a general election match-up against President Barack Obama.

Pawlenty was not-so-subtly reminding straw poll voters that his chief rival in Iowa, Minnesota Rep. Michele Bachmann, might have a difficult time winning over swing voters in 2012.

Standing on the same stage where he criticized Bachmann’s underwhelming record in Congress just two nights before in a nationally televised debate, Pawlenty said he has a record to run on.

“We don’t just talk about it,” he said. “We got the job done for Minnesota.”