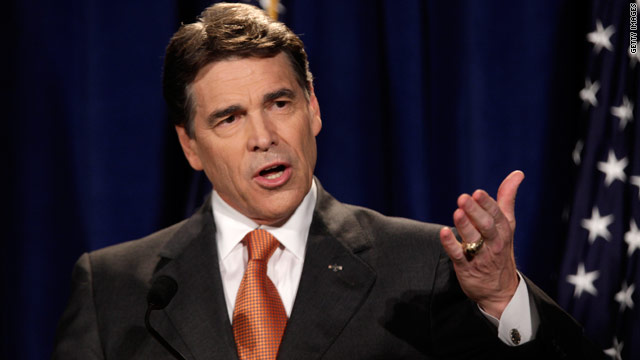 He’s also planning a two-day, five-city bus tour throughout the state, which holds the first southern primary and will play a central role in his nomination strategy.

Perry announced his candidacy in Charleston on Saturday.

According to a copy of the fundraising invitation obtained by CNN, Perry will be a “special guest” at a luncheon in downtown Columbia on Friday.

Those who chip in $1,000 will get a personal photo with the newly announced GOP presidential candidate.

The invitation warns that “due to the anticipated excitement and expected high turnout, there will be no tickets sold at the door.”

Perry will embark on the bus tour next Friday and Saturday, traveling to Columbia, Florence, Greenville, Spartanburg and Rock Hill, according to Republican sources.

Perry’s campaign in the state will be chaired by Katon Dawson, the former chairman of the South Carolina Republican Party. Walter Whetsell, a veteran Republican operative and direct mail specialist, will serve as his senior adviser in the state while Chris McClure will be Perry’s state director.

All three previously worked for former House Speaker Newt Gingrich's presidential campaign but left as part of a mass staff exodus this summer.

After Perry’s announcement speech Saturday, he dialed into a pair of tele-town halls in South Carolina and New Hampshire to introduce himself to party activists in both primary states, according to Republican sources.

He then held a closed-door meeting with GOP activists, county party chairmen and other government officials from around the state, the sources said.