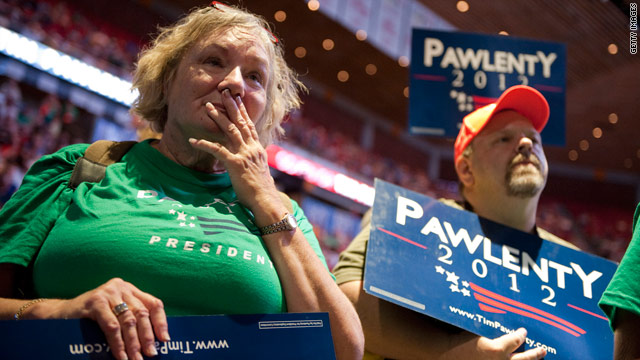 Manchester, New Hampshire (CNN) - When Tim Pawlenty quit the presidential race, his supporters in New Hampshire quietly called each other to spread the word. Then the other campaigns started calling, too.

The former Minnesota governor had built a strong staff in the first-in-the-nation primary state, and now those staffers were suddenly at loose ends in the 2012 race. For former Pawlenty staffers, another candidate is the alternative to stay in the game. And Pawlenty's competitors didn't want to miss their chance.

"A lot of them have reached out to me," said Cliff Hurst, a Pawlenty state co-chair. "I haven't really made a decision yet."

One staffer who has found new employment is Pawlenty's former state director Sarah Stewart. She accepted a job with the Huntsman campaign as a paid consultant.

"Sarah is a true asset and we are happy that she has embraced Governor Huntsman's campaign," said campaign spokesman Michael Levoff.

Some political observers in the state speculate Texas Gov. Rick Perry's campaign will snap up a majority of the Pawlenty circle as the newly declared candidate amasses a field team in the state.

Even before Pawlenty exited the race, Perry staffers had been enthusiastically pursuing local GOP heavyweights. Sean Van Anglen, who interned for the Pawlenty effort and who, along with his mother, had planned to host a house party for the candidate this week, said the Perry campaign made "four or five phone calls" to his parents' home asking them to attend various meetings with Perry. The calls were made before Pawlenty quit, and Van Anglen said the staffers weren't aware he and his mother had already pledged to support Pawlenty.

"I think Rick Perry is the alternative to Mitt Romney," Van Anglen said.