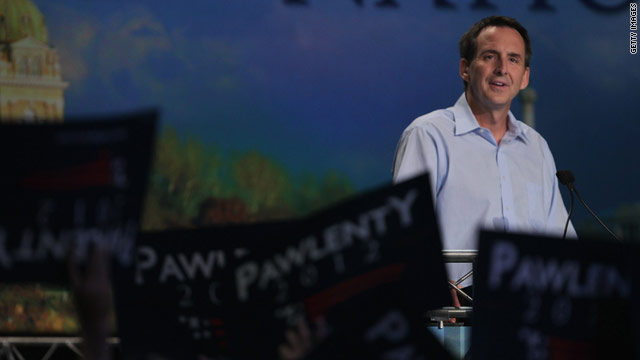 (CNN) – One day after dropping out of the race for the White House, Tim Pawlenty said he and his family are thinking about the next step.

"We will be taking time to prayerfully consider what is next," the former Minnesota governor said in an email to supporters Monday.

Pawlenty said and he is wife, Mary, were driving their daughter, Anna, to start her freshman year at college this week. And while he didn't give any indication as to his upcoming plans, it doesn't appear Pawlenty will be leaving the world of presidential politics any time soon.

"One thing is for sure, I remain committed to turning this country around, getting a Republican elected to the White House and advancing the values we share in common and hold so dear." Pawlenty said.

"I wish things had turned out differently," Pawlenty said. "We needed to get a boost at the Ames Straw poll for our campaign to remain viable going forward. As you know, that didn't happen and I withdrew from the race.