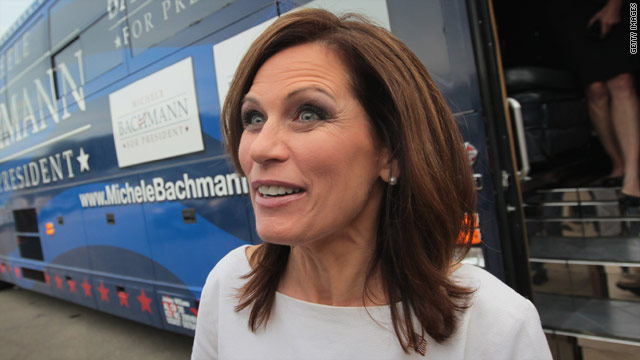 "Before we get started, let's all say 'Happy Birthday' to Elvis Presley today," Bachmann greeted event attendees at a "Join Team Bachmann" rally in Spartanburg, SC.

"We played you a little bit of Promised Land when we pulled up. You can't do better than Elvis Presley and we thought we would celebrate his birthday as we get started celebrating taking our country back to work."

But Presley's birthday is in January, so the tea party darling's well wishes are eight months too late.