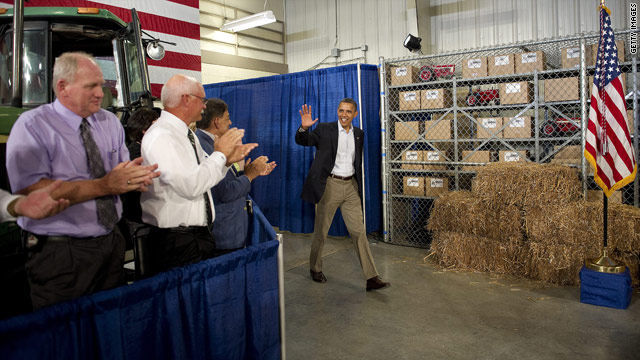 Appearing before a crowd of farmers and small-business owners in the presidential battleground state of Iowa, Obama called on Congress to help boost an anemic economy by passing an extension of the payroll tax cut and a new road construction bill, among other things.