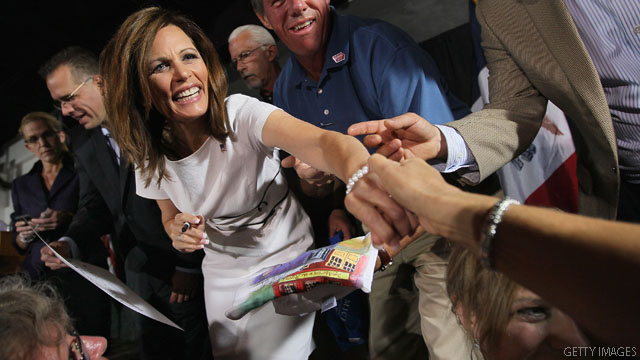 Bachmann reaches out to religious leaders in S.C.

(CNN) - Republican presidential candidate Michele Bachmann will hold a meeting with pastors in Florence during her three-day visit to South Carolina.

That's not the only effort she's making to appeal to Christian conservatives during her trip to the state, which holds the first primary contest in the South.

On Tuesday night, the Minnesota congresswoman attended a low-dollar fundraiser in Greenville at the home of Steve and Geri Warren, a prominent couple in the Bob Jones University community.

Bachmann will also meet with religious leaders in Rock Hill on Thursday morning, according to the Rock Hill Herald.