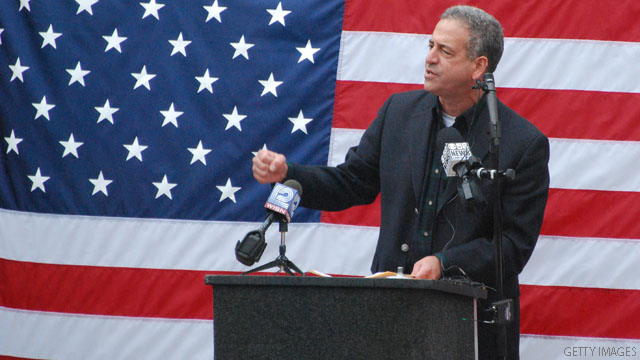 The former Democratic Sen. from Wisconsin, who lost his re-election bid in 2010, left the door open to a run in the future, but said he has enjoyed his time away from elected office and will not run for Senate or governor.

"Political figures often cite wanting to spend time with their loved ones as a reason for not seeking public office when they haven't a prayer of winning anyway. In my case, I don't need an excuse and will simply say that the time with family, friends, and loved ones in the past few months have been among the best in my life, and I am not eager to give that up," Feingold said in the statement.

Four-term Democratic Sen. Herb Kohl decided against running for re-election in May, leaving an open seat in the Badger State.

Although Feingold no longer holds an official office, he said he intends to fight for progressive causes, including on behalf of Progressives United, an organization he founded devoted to overturning the Citizens United Supreme Court decision that allows outside groups to accept unlimited corporate contributions.

Campaign finance was a hallmark issue for the former state legislator during his time in Washington. He cosponsored the Bipartisan Campaign Reform Act, known as the McCain-Feingold Act, a major piece of campaign finance reform legislation in 2002.

"In many ways, this is the overriding political struggle of our time," Feingold said. "It is more important than whether or when one person runs for office again."

Feingold served two terms in Washington before losing his close election in November to businessman and tea party backed-Ron Johnson. Since then Feingold said he has worked on his book, "While America Sleeps," set for publication next February while teaching law at Marquette University and channeling his energy toward Progressives United.

He was a loud voice against Republican Gov. Scott Walker of Wisconsin throughout the state battle over collective bargaining rights that shut down the state legislature earlier this year. And Feingold reaffirmed his opposition to Walker in his announcement.

"When I said on election night last year that it 'was on to 2012,' I meant it. As I said those words I was especially thinking of the need to re-elect President Obama," Feingold said. "But since the aggressive tactics of Governor Walker and the legislature ensued, those words now also mean retaking the state government from those corporate-backed operatives is a special priority."