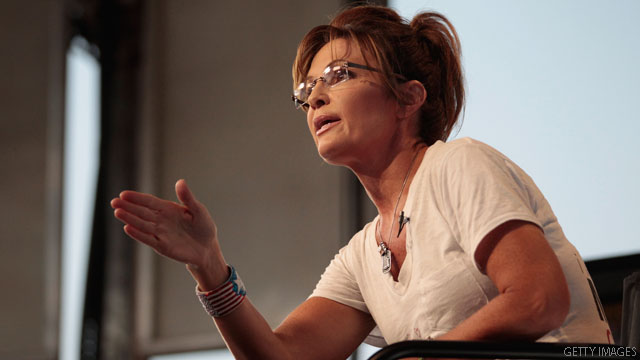 (CNN) - Sarah Palin's political action committee pushed back on rumors she has made a decision about a run for the White House, but offered pointed praise to CNN Political Reporter Peter Hamby for "setting the record straight."

A statement on the website of SarahPAC said predictions about her future are "intended to mislead the American people."

"These are the same tired establishment political games that fuel the 24 hour news cycle and that all Americans will hopefully reject in 2012, and this is more of the 'politics-as-usual' that Sarah Palin has fought against throughout her career," the Monday night post said.

Karl Rove, former top adviser to President George W. Bush, said Sunday that the 2008 GOP vice presidential nominee was likely to run for president in the next election. Rove, who also co-founded the conservative political action committee, Crossroads GPS, cited her travel schedule and recent web video as evidence she will make a run for the White House. Conservative columnist Charles Krauthammer predicted "Palin is in" during an appearance on Fox News Monday.

CNN published a story from Hamby Monday that included Palin's recent comments from Iowa, saying "I doubt it" when asked if she would be ready to join the race by Labor Day.

"Kudos to CNN for setting the record straight and including Governor Palin's own words," the SarahPAC post said.

The statement comes after Palin visited Iowa on the same weekend as the high stakes Ames Straw Poll and ahead of her scheduled visit to the first-in-the-nation caucus state September 3 to speak a tea party gathering.

Charlie Gruschow, co-founder of the Iowa-based Tea Party of America, who is sponsoring the September event, told CNN Palin's address will be longer than a typical stump speech.

"We were told a month ago that she will make a major statement at the event," Gruschow said. "Whether it be an announcement to run, not to run, or lay a marker in the sand for other candidates. That is what I am and was referring to."