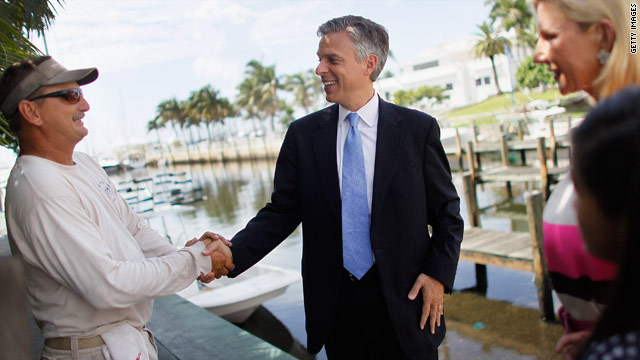 Lebanon, New Hampshire (CNN) - Utah Gov. Jon Huntsman will return next week for a six-day swing through his must-win state of New Hampshire, kicking off an aggressive new phase in the primary campaign leading into September.

Huntsman will speak at a series of events across the state beginning August 31 and continuing through September 5. On September 1 he will pay homage to a New Hampshire campaign mainstay when he speaks to an audience of political heavyweights at the New Hampshire Institute of Politics' "Politics and Eggs" breakfast.

The fiscal conservative has been courting moderate voters in interviews and through social media recently. He faulted Texas Gov. Rick Perry for calling evolution "a theory that's out there" and attacked the rest of the GOP field for not condoning the congressional debt deal that allowed the government to raise the debt ceiling.

The former ambassador to China has made winning the New Hampshire primary a central part of his campaign strategy. Independent voters make up more than a third of the electorate here and can vote for either party in the state's primary.