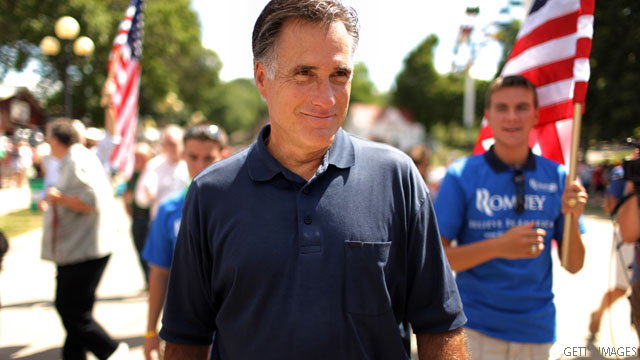 Weber goes from Pawlenty to Romney

Weber, a Washington, D.C. lobbyist, will serve as a special adviser on policy, providing counsel on foreign and economic issues, according to a statement from Romney's campaign.

"Vin will be a trusted adviser and I look forward to working with him to help get our country moving in the right direction again," Romney said in the statement.

Most recently, he served as co-chairman of Pawlenty's campaign, before he dropped out of the race earlier this month.

"It is an honor to again work with Mitt Romney," Weber said in a statement. "At such a critical time in our nation's history, it is important we have someone with his background to lead the country."