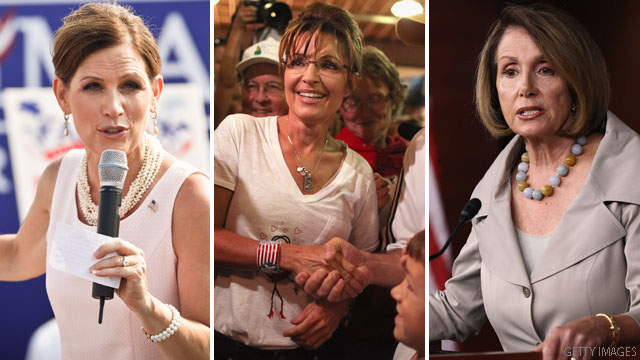 Rep. Bachmann of Minnesota was ranked 22nd, ahead of former Alaska Gov. Sarah Palin at No. 34 and House Democratic leader Nancy Pelosi at No. 52.

Three cabinet secretaries fared even better, according to the list released by the magazine Wednesday.

Secretary of State Hillary Clinton garnered the No. 2 spot, followed by Health and Human Services Secretary Kathleen Sebelius at No. 12 and Homeland Security Secretary Janet Napolitano at No. 15.

The final 200 candidates are then judged based on money, news hits and their power reach.