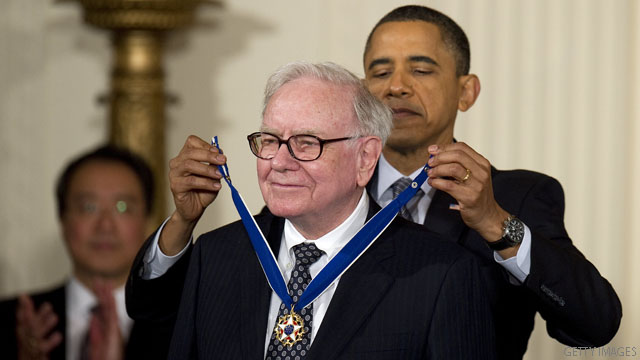 President Barack Obama awards the 2010 Medal of Freedom to investor, industrialist and philanthropist Warren Buffett during a ceremony at the White House in Washington, DC, February 15, 2011.
August 25th, 2011
12:39 PM ET

With the 2012 election season just around the corner, the campaign to put Obama back in the White House for a second term is well underway - and it's not unusual for the campaign to boost the president's drawing power by allowing him to share the stage with a well known benefactor.