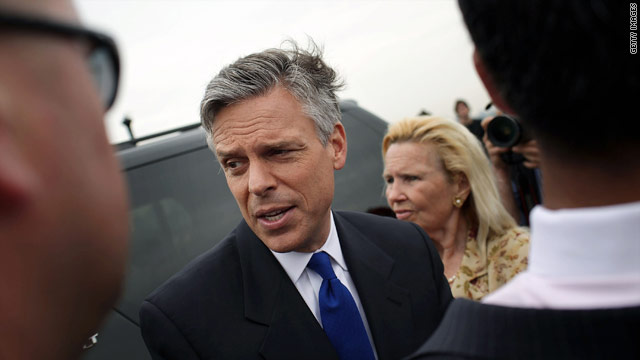 The former Ambassador to China and governor of Utah announced his run for the White House three months ago and is trailing significantly behind the Republican pack, hovering in the single digits in recent polls.

This announcement comes as Huntsman wrapped up a recent media blitz with a number of national interviews where he criticized others in the presidential nomination field who appear to be building momentum.

The ten members of the state's finance team include "bundlers" who raised loads of cash for McCain's 2008 presidential bid, including John Rainey of Camden and Gayle Averyt of Columbia.

Rainey, chairman of Easlan Capital, served on McCain's finance committee and, according to the Center for Responsive Politics, bundled between $100,000 and $250,000 for the presidential candidate. He and his immediate family contributed a combined $55,600 to federal candidates, parties and PACs during the 2008 election cycle.

Averyt is former chairman of Colonial Life & Accident Insurance Company and the Center for Responsive Politics' cites the retired businessman as raising between $50,000 and $100,000 for McCain. But prior to supporting McCain, Averyt served as Rudy Giuliani's finance co-chair in South Carolina.

Charleston resident and philanthropist Anita Zucker is another notable get for the Huntsman campaign. The InterTech Group CEO and her late husband, Jerry, contributed to McCain's 2008 presidential campaign.

It's unclear how much money Huntsman has raised to date.  His campaign did not have to file a second-quarter fundraising report because he declared his run for president after the deadline.  His first report will be filed in October after the end of the third quarter.