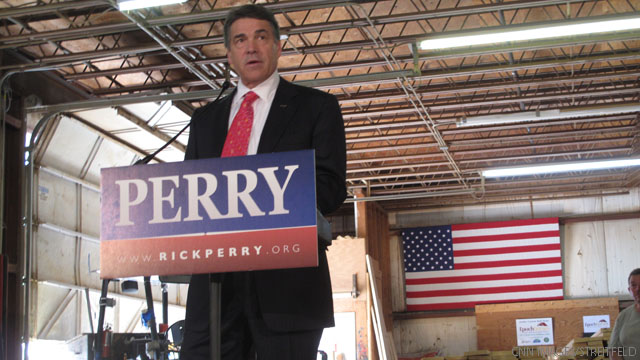 Manchester, New Hampshire (CNN) - Texas Gov. Rick Perry will return Sept. 3 to the first-in-the-nation primary state, where his campaign has been building a ground staff to support the presidential hopeful.

The Perry campaign hired the former chair of the New Hampshire Young Republicans, Kerry Marsh, to run the governor's effort in the state. A relatively young yet influential figure in local politics, Marsh previously served as deputy field director in a gubernatorial campaign.

The campaign is in the process of building the rest of its staff.

Perry will put in a full day campaigning at a variety of events Sept. 3, as he continues to woo voters in a state where many locals expect to shake hands with every presidential candidate before the primary.